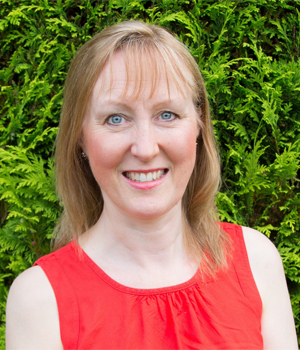 Ruth Stephens is an innovative and pioneering Occupational Therapist who leads our specialist OT team. After specialising in working with children since 2004, Ruth now focuses on working with adopted children who have sensory processing and attachment difficulties, providing therapy and support to them and their families.

Ruth has undertaken extensive training courses on Sensory Integration and been trained in the Sensory Attachment Intervention model which focuses on the link between sensory processing and attachment with child and primary care-givers.

Her special interest is in working with adopted and looked after children who have difficulties with regulating their sensory and emotional state, believing that sensory processing underpins many other necessary life skills. She has also been trained to level 1 in “Theraplay” ® as well as holding certificates in counselling skills. As an adoptive parent herself and prior to that a foster carer, Ruth brings insight into living with a child who has attachment difficulties. She also has specialist training in working with other important aspects of daily life for children such as feeding and handwriting difficulties.

Ruth has a wide and varied experience working with children at both mainstream and special schools who have sensory processing issues, co-ordination difficulties, as well as ADHD and Autism. She is equipped to work with all ages and varying levels of ability, providing assessment and on-going individual and group therapy and values working in a multi- disciplinary team. Ruth has wide experience in carrying out assessments for SEN tribunals.

Ruth has worked at a well-known children’s practice in central London and has also worked as an OT at Child Development Centres in Crawley and West Kent as well as a number of special schools. Prior to Managing the OT service at Beacon House, Ruth has developed and run her own company: Optima therapy, which provided a service to several local special schools, mainstream schools, adoption agencies and individuals. Ruth has helped with and taken a team to assist a charity which provides support and special education to an orphan care project in Romania.

Ruth has been practicing as an HCPC registered OT since qualifying in 1985, initially working with adults in almost all specialties of Occupational Therapy besides having a break to raise her family.